Why ?, 'cuz I like to see things stay focused on the MAIN subject... 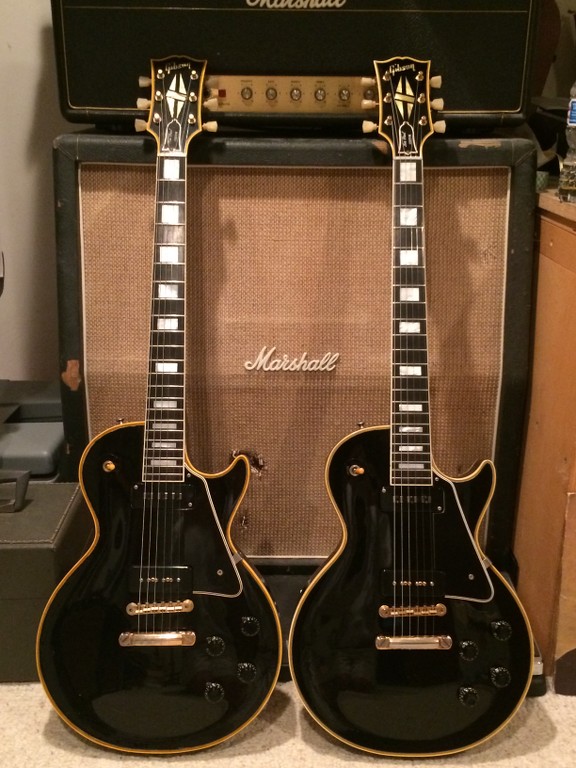 I like the dirty ones better. Thanks for sharing. ;-)

Are they similar sounding?

Thanks Lary Love Alnico Customs and do not have one now so here are my 1957-1969 Early.Yes almost no checking on either. 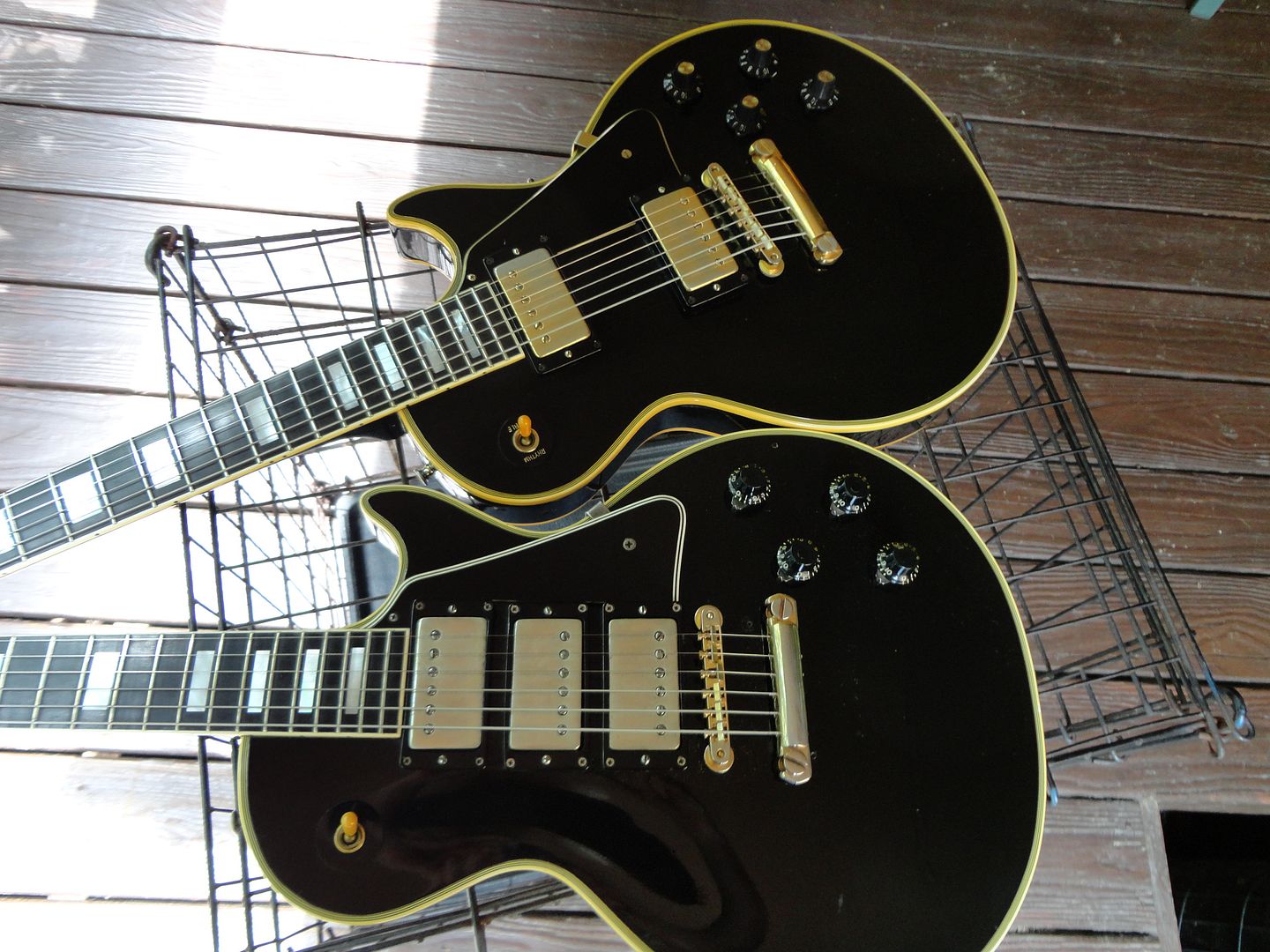 Dear lord that is quite a pair!!

And here she is playing one of my favorite solos over a loop.

You are killing me with these Black Beauties. Keep on :dude:

No checking again! Awesome. I wonder if checkless black guitars are more or less common than checkless transparent finishes? maybe a correlation there? Thanks for the pics

moonweasel, I'm guessing Betty spent her life in California, hence no checking. She has an extremely thin finish on the body, too. Neck finish seems to be a little heartier.

My '56 has been checked to hell and back...I often wonder where she'd been all her life...

the ebony fingerboard has some divots up in the cowboy position...she's been played hard, and rings like a bell all over...it had the original low frets when I got her (not anymore though - had her refreted and plek'd)...I've only had her for a year now, but she ain't going anywhere for another 50 years at least!

Moon you may be on to something ,i have owned i bet a dozen at least 1950--1960's Black Gibsons and only ONE can i remember having any large amount of checking.The exact opposite of Goldtops from the same era.Great thought on black and checking ,might be something there .M.B.

JJ Blair said:
moonweasel, I'm guessing Betty spent her life in California, hence no checking. She has an extremely thin finish on the body, too. Neck finish seems to be a little heartier.
Click to expand...

Other than the earthquakes, cali sounds nicer and nicer all the time.

moonweasel said:
Other than the earthquakes, cali sounds nicer and nicer all the time.
Click to expand...

And the fires, the mudslides, the traffic, and the taxes...:dang

Something tells me my carbed '65 Mustang wouldnt do well there either.

You guys are exaggerating the natural disasters. The earthquakes are nothing. I'll let you guys debate the taxes backstage!

Why ?, 'cuz I like to see things stay focused on the MAIN subject...

#17 Big Al : coming from you that means a lot and speaks volumes (yea - to 11 !) on just how underrated these models really are. I love 'em too Thanks !

And thanks to all others for joining the party as well !

I've said it for a while, there are several Black Beauties, including mine, who I prefer to many Standards, sound wise. It's weird, but the neck on mine, which is a '58, is way more comfortable to play than most '58 or '59 burst necks. Less bulky, especially in the first five frets. I've noticed it before, but a couple weeks ago, I had it with me around a pile of 50s Standards that I played, and except for a couple '59s and '60s, all the Standards felt chunky to me.

Just refret the things, and they are the greatest guitars.