I tried to search on this but nothing came up. Does anyone have any opinions / experience to share about the ES-Les Paul, the hollow les paul model produced in Memphis?

A few years ago I purchased a 2013 Traditional. It was a fine guitar but it lacked a 'feel' that the other guitars in my collection possessed. It just didn't have "it".

As it happens, the first ES Les Paul's that I ever saw were during a run of Rush's R40 shows along the West Coast in 2015. Although I was disappointed not to see Alex play his Howard Roberts Fusion during that tour, I was totally intrigued by his new semi-hollow Les Pauls. I thought to myself "whoa, what is that...I've gotta play one of those". I eventually settled on a 2015 "'59 neck" VOS ES LP and haven't looked back since.

I guess what I'm trying to say is that it smoothly fits right into my collection. The craftsmanship, feel, and tone are all top-notch. This guitar most definitely has "it". I play it pretty often, at least two or three times a week, sometimes more. I doesn't sound like a Les Paul, yet it doesn't sound like a 335 either. It's hard to describe but it has it's own unique tone. I absolutely love it. You can feel it's resonance throughout the body while playing and it also sounds great unplugged.

I'd recommend heading out and giving one a test drive, I'd be curious to know if you take to it. 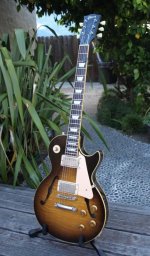 The ES LP is great in this company. It fires on LP territory while also edging into 335 and 330 territories, as well; is nearly as light as my ES 330 (definitely much lighter than both 335's, which are ~ 8 lbs.), it feels completely different from my 335's and SG's.

I was looking for an LP and this one checked the most boxes in my price range. It would take a very sublime R7 (possibly R6) to get me to considered a trade.

I could see where the light weight might be off putting on an LP, but in my case, it is awesome.

BTW-the center block is mahogany, so you get the mahogany tone (if you believe in that stuff). 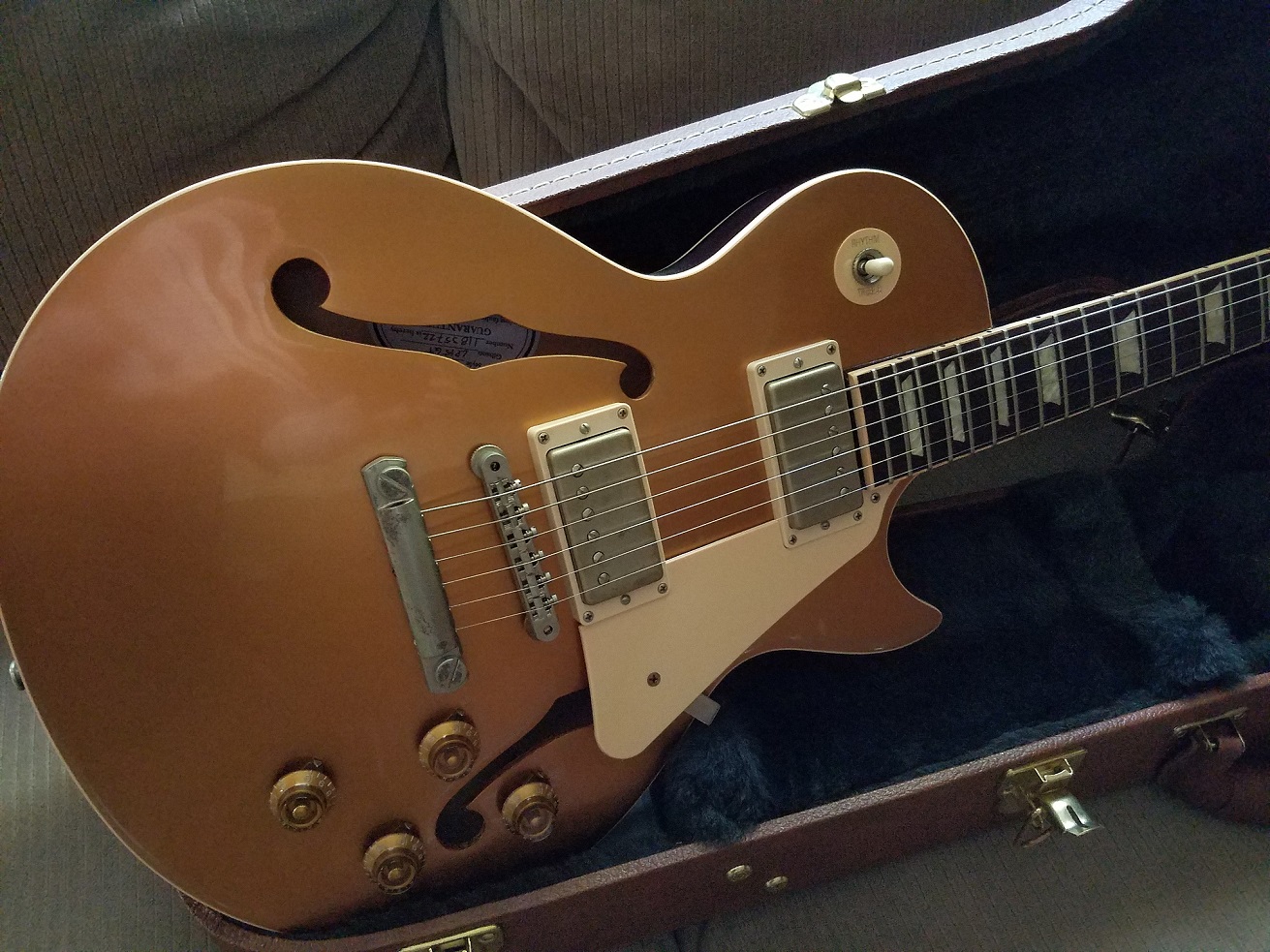 I have a 2015 vos 59 neck..great all around guitar.Also love playing it un plugged..I have Les pauls and Es 335s .And the ES Les paul is a great edition..check reverb and ebay you can find deals on them..

I bought an ES Les Paul Bass last fall from CME, just before they really started selling them cheap. I really love it! The quality & workmanship are among the best I've ever had from a Gibson. About two weeks ago, while visiting La Crosse WI, I happened to stop into Dave's Guitar Shop. He had three ES Les Paul's, one in Bourbon Burst. It followed me home. It's also is a great guitar. The pickups are awesome, feel, weight & balance are perfect. I've always been a Les Paul guy in both bass & guitar, but admittedly, they can get quite heavy. These are so unbelievably light you don't want to put them down. You have to play one to understand. It's too bad that they discontinued them. I hope the Memphis factory finds a new home & starts to produce more of these, they are awesome! 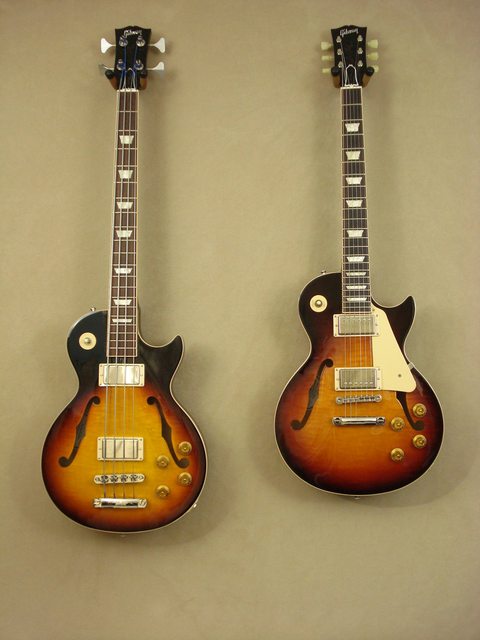