I was surprised with how much more sustain (unplugged and plugged) my Epiphone had over the Gibson - around ~5 seconds more sustain than my Gibson, also the Epiphone was louder when strumming chords or playing single notes unplugged ( a lot louder ).

But on the other hand, I feel that my Gibson is more resonant (I can feel the vibrations through the body) than my Epiphone.


I can't digest that my Epiphone is so much louder and has much more sustain. Did I get the perfect Epiphone guitar? or My Gibson is meh? Did I mess up something in the setups?
Do the bridge and tailpiece play so huge role in the sustain and loudness when unplugged?
Maybe it's a matter of strings?

Some observations and testing I did for the sustain:
* All these tests were performed through Ampltibue 5 using Fender Twin Reverb amp with a clean channel - no effects were used. 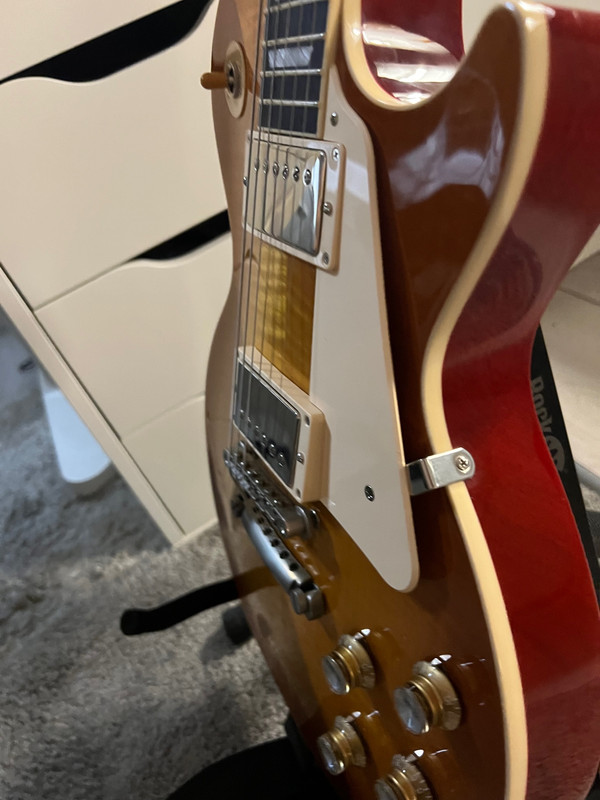 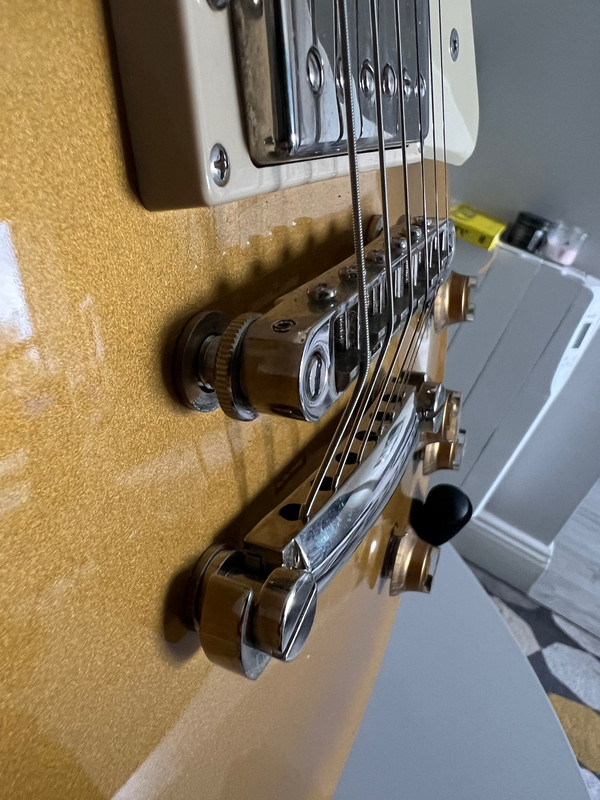 a thing can't be more resonant and have less sustain than another thing. the thing that has more volume and sustain is more resonant.

How do they compare sound and play wise?

zacknorton said:
a thing can't be more resonant and have less sustain than another thing. the thing that has more volume and sustain is more resonant.

How do they compare sound and play wise?

Yeah, that's what doesn't make sense to me...

Well play wise, the Gibson is "softer" and easier to play I would say. Also, I think it has more "Clarity" if that makes sense, but also a less "warmer" tone than the Epiphone if unplugged (I would say you can hear clearly the stings/notes and distinguish them). Now plugged in, the Epiphone is "muddier" and brighter than the Gibson, I think overall Gibson has better dynamics and is more comfortable to play (and more warmer tone if plugged in).

Again, maybe it boils down to strings - since the Gibson has newer strings, the sound is more "metallic". I just ordered a new set of D'Addario and will run a few more experiments.

I hope my description above makes some sense

Edit:
Also one more note - I would say that Epiphone's sustain fades more "smoothly" over time, but Gibson's sustain looks like it cut more "aggressively" at the end.
Just to make clear - there are not any moving bridges or saddles or nuts - everything looks fine and tight.

You're probably right. I think that I am just spending way too much time on this and overthinking it - also there is always the option of a compressor if you really need that much sustain.
I am happy with my Gibson LP anyway - it looks awesome and plays great!