How would have kids in the 60ies reacted to later rock music?

Being a fan of both music from the 60ies and of the 90ies, I wonder how people would have reacted if now popular rock bands like Metallica, RHCP, Green Day etc. would have appeared on the scene in the 60ies out of nowhere.
Would they have been shocked or maybe unable to 'get' the styles that evolved later?
If you were around at that time, do you think you would have liked Heavy Metal, Crossover, Grunge, Punk, etc., if you would have been rather unprepared for those sounds?
Think of Nirvana playing at the original Woodstock festival - how would the audience have reacted? 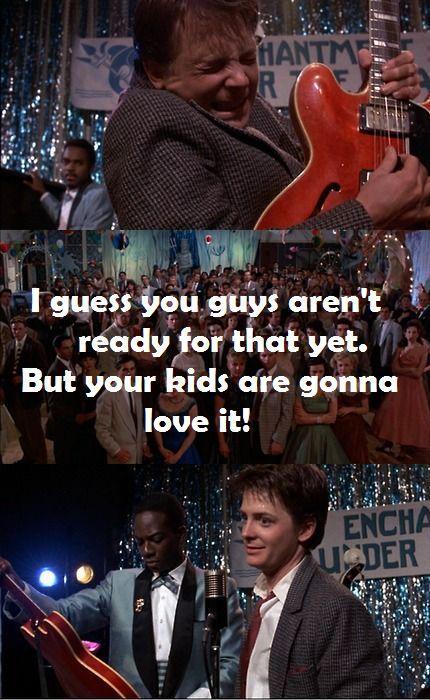 Honestly it would depend on the situation. Would that be if you loaded Nirvana into a time machine (DeLorean or not...) and brought them back to 1969? It would have blown their minds, and probably not in a good way. Each wave of music informs the ones later, but as time moves on everything gets more extreme. Speed, distortion, subject matter etc.
Some bands might go over better than other - RCHP wouldn't be completely out of place, and obviously some songs by other bands would work, but a standard set by Metallica would have even the Woodstock or Altamont crowds running in fear.
I doubt many people would like a lot of that music if it just showed up out of the blue like that, though if heard regularly for a while it might generate a following, just as the most extreme styles today do. When |The Ramones came out in the '70s no one knew what to do with them. |Same with Metallica and the rest of the thrash bands in the early 80s, and so on and so forth.

jrgtr42 said:
I doubt many people would like a lot of that music if it just showed up out of the blue like that, though if heard regularly for a while it might generate a following, just as the most extreme styles today do.
Click to expand...

When I was 13 I asked an older school student(4 years older) what latest song he liked and Purple Haze came the answer(early '67). So I went to a local record store and listened to it, didn't float my boat at all. First time I'd heard what I would consider way out grunge style guitar. I liked melodic tunes.
You must log in or register to reply here.
Share:
Facebook Twitter Reddit Pinterest Tumblr WhatsApp Email Share Link
Top