One of the greats. Very sad news.

One of my all time favorite drummers. Subtle, but still distinctive and powerful. R.I.P. Mr. Watts!

Truly the beating heart of an international institution.

Condolences to those he leaves.

Hamerfan said:
PS We need to open own RIP section here in this forum
Click to expand...

Charlie,
Thanks, we will miss you!

THE MAN !
RIP > what a GREAT Life !
You will live forever through some of the greatest music ever created > AMEN !

Yeah, this one is a gut shot. I mean, we knew it was going to happen eventually - the cat's 80, for Bog's sake, but it was pretty much out of the blue.
They announced he had a medical procedure last month, but said it was completely sucessful and went according to plan, so I was expecting him to come back soon.
Charlie was possibly the best drummer in rock n' roll. Not flashy, but rock solid, and gave the music that swing. He wasn;'t one to ever take a solo, and his fills were an extra tom hit, but they were perfectly placed and never took anything away from the rest of the song.
There's been some great tributes posted, but I want to hear what Mick and Keef have to say.
Edit: Keith just posted:

Yeah, this hits hard.
My favourite drummer for reasons I find hard to explain.
There are some songs (most I suppose) where the kick and snare just sound perfect to my ear.
So simple, unpolished, keeping the slightly out of time crew in the groove.
I am thankful as a Stones fan that he was at the helm for as long as he was.
Rest easy Charlie.

Been playing in bands and covering Stones tunes since 1965. Charlie’s sense of rhythm was his own. I’ve listened to innumerable recordings of my cover bands doing Stones and it’s always the drums that don’t quite cut it. Great drummers, but Charlie’s deceptively simple rhythms and fills turn out to be really hard to cover. Such a style. RIP and thanks, Mr. Watts.

Jeez, seems like it was not so long ago when I first saw the Rolling Stones on the Ed Sullivan show. Blink of an eye.

Thanks Charlie for all you gave us. Rest in peace. 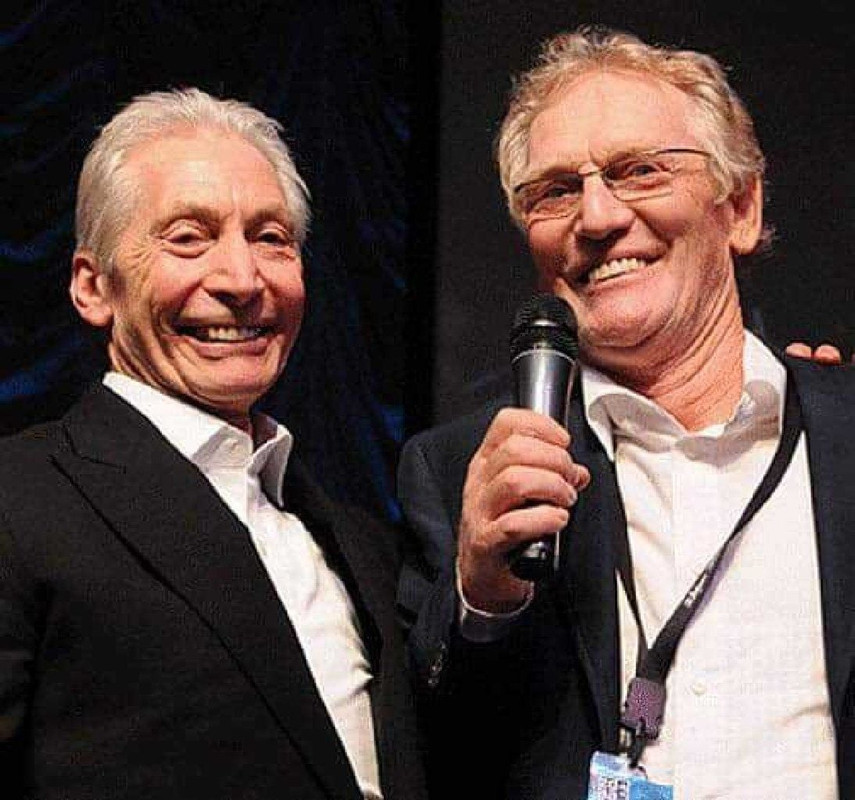