A 'Burst begins this photographic opus. Is it well known and familiar to us here at the LPF?

Two herringbone OM Martins? ...one of which is sunburst? Not to mention a few gold-tops (P90s & PAFs), that 'Burst, a few Strats... Many '30s Gibson flattops... Like, wow, man...just...wow. (The Martins really look like OMs but I can't immediately tell if they're OOOs.)

My thoughts to cfh: Keep the ones you love. Allow the others their journey to find love.

Love pinball, really love old guitars, can't afford any of those beauties but I might have to rob a bank for that white strat, good gawd what a stash and great taste at that.

When I was 10 years old my stepdad knew a pinball machine collector who ran out of room. So, he loaned out an old "Playboy" themed machine and the only space we had for it in the apartment was my bedroom, lol. Good times!

I played pinball in Soho. Fun arcades in London.

CFH is a well known collector AFAIK. There comes a point when we'll all decide to thin the herd.

My best friend owned a pinball machine and lived with his parents. Eventually all three kids in the family married and spent one year in the house. They put up a poster by the pinball machine with records and names of the awardees. You know,

one-handed
feet only
blind
backwards
laying down
couples, each one-handed

Then came the interesting ones:

The parents held some of those nude records. Hilarious, especially when you realized how straight and conservative the whole family was.

Unfortunately, Clay has failed to price the guitars [as required by Forum rules]. I hope he adds that soon!

Act now, trip to up North !

Wow, that's a nice collection of guitars Clay has there.

You can always count on old guitars and pinball for a good time. 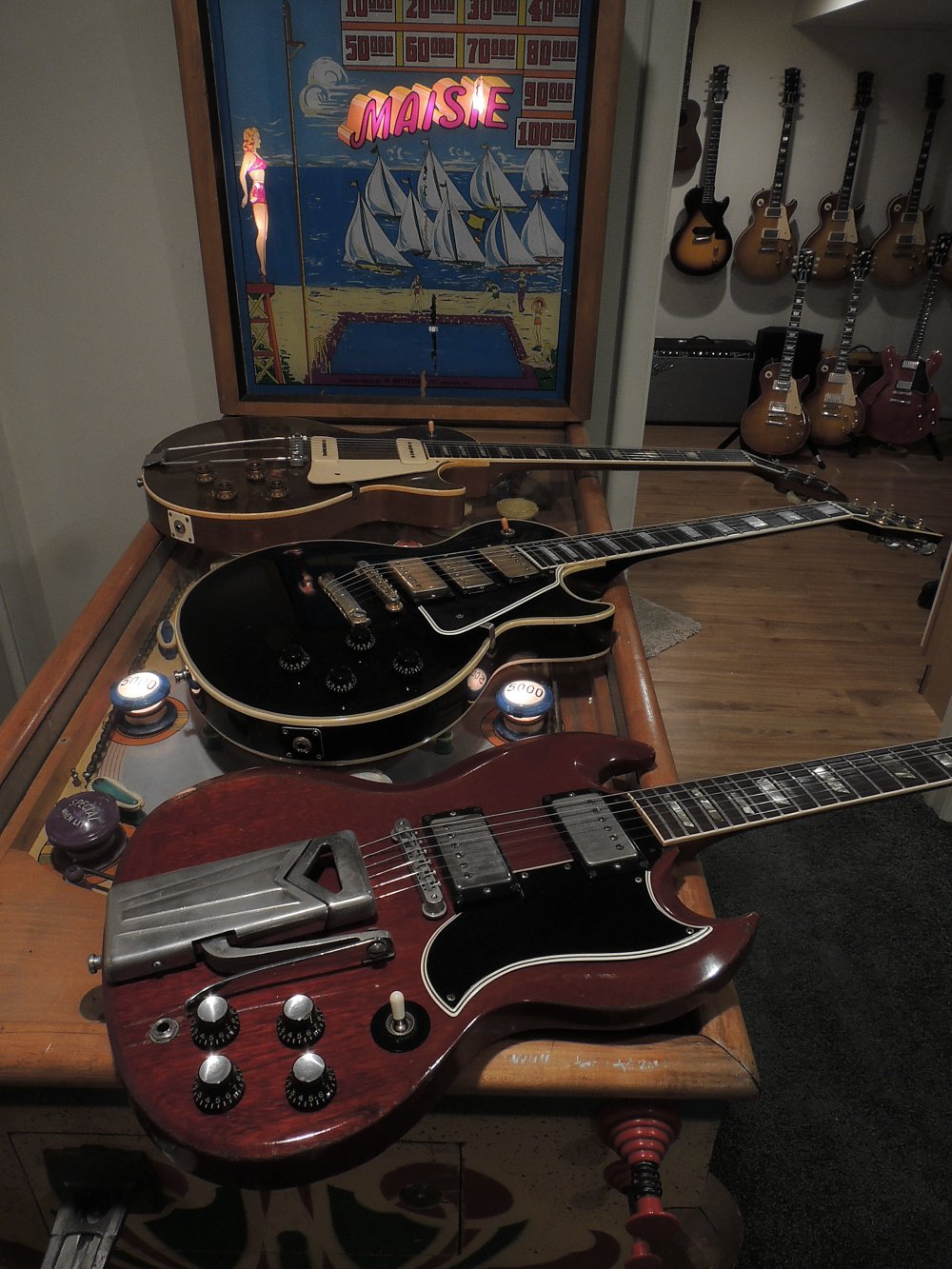 Outstanding collection of guitars Clay has!

Some VERY Nice examples there!

Onetime I made a batch of hot sauce.

Capsaicin all over my hands.

Couldn't wash it off.

She lit up like a pinball machine on 220v.

Slapped the shit out of me.

The link has been updated:

From cfh:
"Thank you a guy is coming to buy the stuff and sort it out with me. thank you for looking."

brandtkronholm said:
From cfh:
"Thank you a guy is coming to buy the stuff and sort it out with me. thank you for looking."
Click to expand...

In other words:" The Nerdville BonaSeum will go trough a massive expansion in a short while "

Thanks for everyone's support. actually it's not Joe B that's the buyer. And the weird part was, i tried to get a hold of him (as he was playing in Detroit 3 days ago!) I kind of figured he may be interested in something. I tried to get a hold of him about 3 weeks ago, to no avail, to give him a 'heads up'... Not a big deal, but i figured there might be something he would like. i have no idea how people find him now. He visited me about 8 or 9 years ago (when he was in detroit). We played pinball, ate BBQ, and showed him a whole slew of vintage guitars (many of which he was interested in back then). But I never heard from him again after that... I guess he's a rock star now! ha!
You must log in or register to reply here.
Share:
Facebook Twitter Reddit Pinterest Tumblr WhatsApp Email Share Link
Top