Have the option to trade in a usa standard strat against this les Paul. Owner claims it’s real But mentioned some restauration on the neck he said that’s why he evaluated this guitar at 1.2 k euro .....i can’t see the serial number in this picture. Is it 100% fake if there’s no serial nr?
Or is the rest at least legit? Should I give it a shot or is this les Paul suspicious?

I agree. I don’t think Gibson would allow that crooked tuner, among other issues, even in their darkest days.

A bad day in China 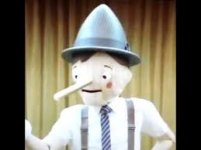 It would need to be better to actually be "suspicous". Nothing suspicious about this guitar--simply a really bad fake.

There are blatant tells that seem obvious to experienced eyes but a less knowledgeable newbee could easily be fooled by this. These chibsons are becoming a real issue and frankly I find it criminal and deceptive. Buyer beware. These should be burned.
G

Thanks so much guys! now I’m a bit disappointed how people want to trade in fake stuff against my 100% storebought USA fender.

But atleast I didn’t make this bad deal!

And yes I’m a newbee to les Paul’s for sure....that’s why I needed your advice
L

Lars Andreassen said:
But thats all I can think of right now. Wilkinson are cheap Gibson copies, and Gibson have never used these.
Click to expand...

I believe some (not all) of the Slash models have SD pickups.
L

You find the coolest stuff I swear . I love it by the way !

Lars Andreassen said:
In case you´re wondering what the "secret" tells, that this is a fake are, here are a few. But there may well be others that I haven´t caught. Here are some tells, in no particular order:
1: Tune-o-matic. Shape is wrong, and a sure sign it´s a fake are the slotted posts for height adjustment. The only tom with slottet height adjustment posts Gibson have used, is the so called "harmonica" bridge used on some model in the seventies. It does however look VERY different. The tom on this guitar, is a sure sign it´s a cheap Asian copy. The better Asians use tom´s that looks much closer to Gibsons.
2: Wilkinson pick-ups. Gibson makes a lot of different pickups, and they have only rarely used non Gibson pickups. The Ace Frehley LP Custom used Dimarzio Super Distortions, and the Billy Gibbons Pearly (Possibly also the pinstripe goldtop) used Seymour Duncans. But thats all I can think of right now. Wilkinson are cheap Gibson copies, and Gibson have never used these.
3: Headstock. It simply looks wrong
4: Tuners. Very sloppy installation. And what model are they. They have the slotted string post seen on vintage Klusons on Fenders. But the Klusons on Gibsons never used slotted posts. This is actually the first time I have ever seen a "Kluson" with slotted post AND keystone buttom at the same time.
5: Cutaway. Shape is wrong.
6: Tailpiece placement. Notice the location in relation to the rythm volume knob.
7 Wood. Both bodywood and neck looks wrong. I´m certain that the top is not massive maple, it looks like a veneer, which is common on cheap copies.
8: The finish. Notice how the yellow part of the finish extends over the toggle switch. A Gibson burst would be more like a red finish, with a yellow "triangle" in the middle.
In addition to Big Al´s suggestion of burning this POS, I would suggest beating the scumbag trying to cheat you with this very hard, before burning the guitar.
Click to expand...

The bindings are wrong - fret ends should be covered.

jrgtr42 said:
The bindings are wrong - fret ends should be covered.
Click to expand...

Not always. Fret ends aren't covered. On older models and reissues the frets are installed first, filed flush to end of board, then bound. The binding is then sanded flush and fret ends are filed in at frets end as part of the fret profile with inbetween filed and sanded flush. The nib is just raised binding. I know some recent USA models were fretted over the binding to the edge with no nib.
I

The 'wings' on the headstock are typically added. Not one piece headstock.
Y

not V100. they've got a weird upper bout and usually have a funky heel joint.

to me, The "coolness" of this guitar is in direct proportion to it's price.

Nothing's cool about a counterfeit piece of shit.
C