I was hoping to see some photos of people's rooms dedicated to playing guitar and/or making music.

I really enjoy seeing how people have things set up so how about some pictures?
M

Pat would say, Google that chit

I would say, who the fuck uses bing?

j/k, but not really…

I just cleaned my workspace today 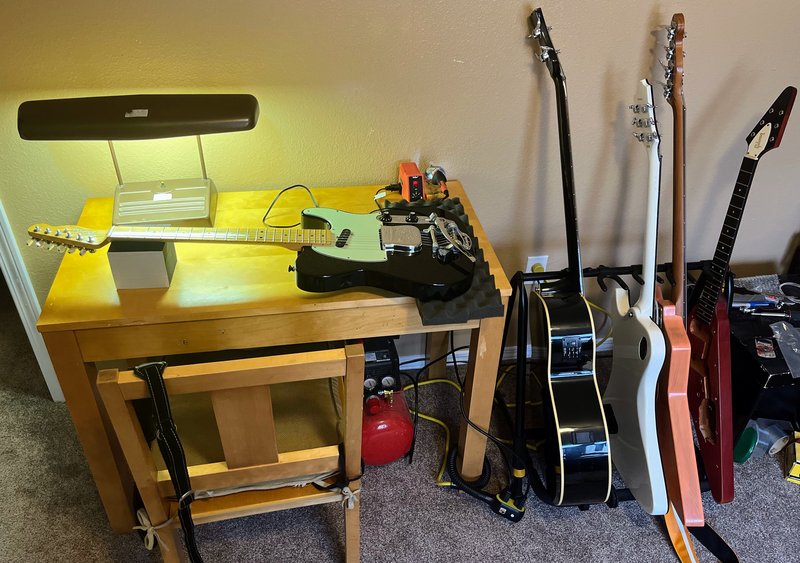 I had to rip out a chimney and the ceiling, then cathedral the ceiling and cut three windows openings into the house in what used to be the attic. I bought a 150 year old leaded glass window from a mansion in Chicago and put it opposite the three attic windows. I used thick molding because my house is 160 years old so I wanted to follow the historic look.

you do love you some Pat

Tollywood said:
My music room took me 2 1/2 years to create.

I had to rip out a chimney and the ceiling, then cathedral the ceiling and cut three windows openings into the house in what used to be the attic. I bought a 150 year old leaded glass window from a mansion in Chicago and put it opposite the three attic windows. I used thick molding because my house is 160 years old so I wanted to follow the historic look.

The light shines in from the cathedral hallway at night. Sometimes I play in the dark with only the light from that window. The ceiling is 28 feet to the peak in the adjacent hallway and 18 feet in the music room, which I call Tollywood.
Click to expand...

I love old houses as well. When I built my office I used as much reclaimed material as I could. I tried to make a place where I could work but that also would be a fun space for my clients to hang out in. Basically because I did all the work myself it costed me about $5000 but that included putting in a bathroom where there was no bathroom before as well as new 20 amp electrical service on a separate panel.

Basically I wanted different surfaces so all of the walls I used old paneling (one piece was dated 1930) that had been painted and I planed it all and then put a matte finish poly over it and all my bass traps (4' deep) are covered by fabric and what were the lathe from the ceiling.

Instead of buying new lighting or things like that I just used old things I found at flea markets or in some cases on the street. I used to collect advertising but with the picker shows it's something tons of people are into so there's a lot less fun in it.

Hopefully this one won;'t upset too many folks but I love the Lace Sensors.

Seeing posts in threads like this reminds me of why I have been completely crazy for guitars for close to 50 years. It makes me so happy! ---- Music Is Life!

{ edit .... the electric pencil sharpener beside the Frigidaire is so far beyond awesome it would blow up a Richter Scale! I ain't even bullshitting!}

The guitar and amps are pretty cool too I reckon
Last edited: Jul 10, 2022

Wow I'm surprised you noticed my electric pencil sharpener. Basically I still do the old 3:1 and graphite in my bridge and nuts so I use that thing all the time. Between the office and the bathroom I have a little area with my old AMI jukebox and I have a real pencil sharpener over there as well. I didn't know those were considered cool lol!

This is before I moved the jukebox out into the hallway (I have my drum collection taking over this corner now!). Basically, I get a ton of mixing/mastering clients now who want to do 7" singles so my goal is to fill it with my own work.
Anyways, hopefully others will show their rooms. I like to see what other folks have done.

Tollywood said:
@Amp360 I love your room. You did a great job.
Click to expand...

Thanks so much. I appreciate it.

The control room of my project studio:

Amp360
Not so much a room as a fortress 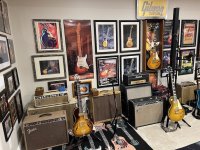 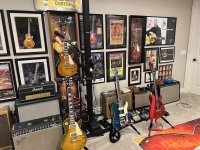 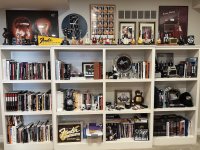 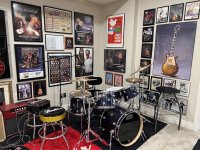 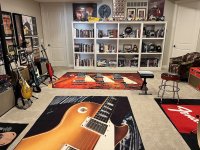 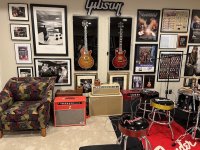 Thanks! It can fit nicely in a dense mix, but it's been supplanted since last year by the Hummingbird, which is a much richer sounding acoustic.

Ed Driscoll said:
Thanks! It can fit nicely in a dense mix, but it's been supplanted since last year by the Hummingbird, which is a much richer sounding acoustic.
Click to expand...

I hear you. I used mine live for a really long time then it got broken coming back on a plane so I had it fixed. Not the best sounding acoustic I own but I love the look and the history of it. I have a 60s J-45 that I don't think is in any of my pics but that or my 50s Martin 00-21 are my goto acoustics. I had a Hummingbird for a while but it had a really strange neck on it. Great looking/sounding guitar and I've always wanted another, maybe one day! I have some other Gibson, Martin, Taylor and a really great Guild D-55 from the 70s but the J-45 and the 00-21 are usually what I use.

Well it's a room, and it's got guitars in it.

The Wife thinks it's a dining room.

I'm much too clever to disagree.

I understand that; you can just see the china cabinet peeking out.... 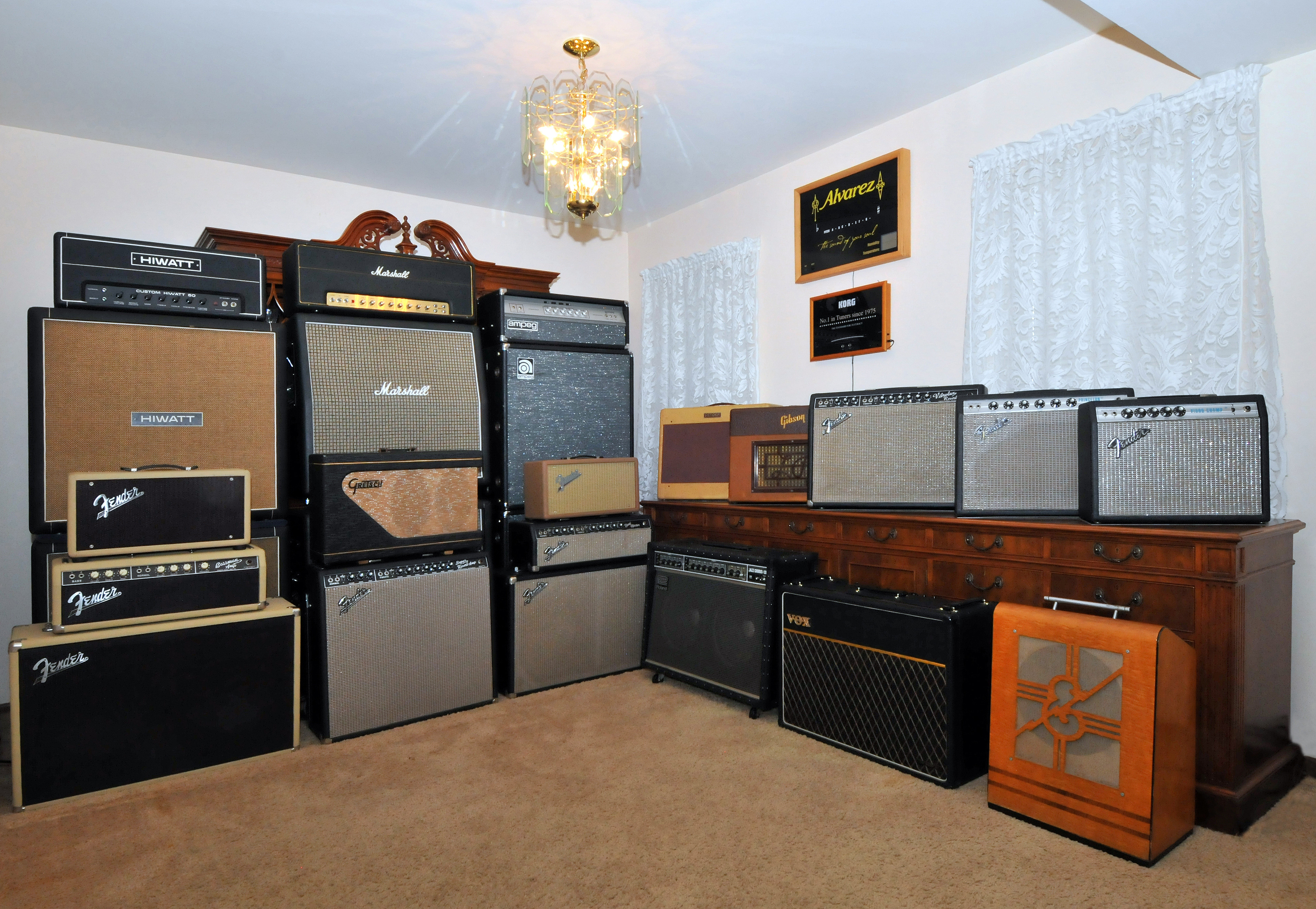 For the moment, it's "Vintage Burst Finish" season here 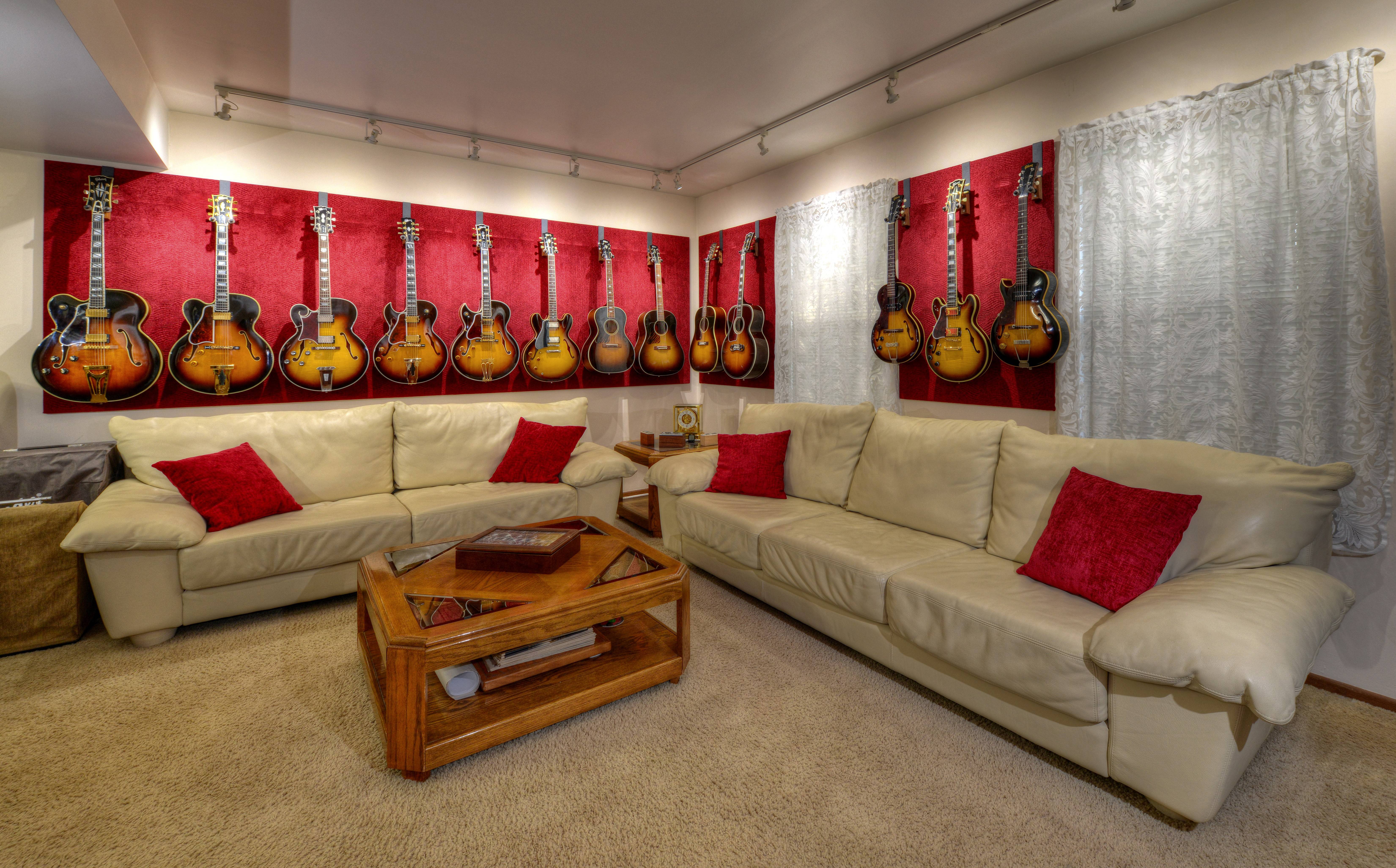