Harrison/Clapton Lucy bites it...see if you wince too

I found Part I pretty painful, except for the bit where Paul McCartney starts to play the bass like he's playing power chords on a guitar, and begins to cobble the song "Get Back" together out of thin air. Also, the history of the Let It Be sessions is that Paul and George have their famous argument that was shown in the movie, and then George immediately quits. But as the new miniseries shows, George played for several more days before temporarily quitting.

Part II, when Billy Preston arrived, you could see the band start to get the music into shape, and you begin to see the credit "This is the take that appeared on the album, 'Let It Be'" popping up on select numbers. Also, I believe it's near the end of Part II where, if I'm remembering correctly, Glyn Johns and Michael Lindsay-Hogg approach Paul McCartney about a possible way to end the film, and then they and a couple of roadies walk out onto the rooftop of the Apple building on Savile Row to scope out the space.

Part III with the rooftop concert is edited using two, three and sometimes four split-screens, to get a sense of the crowd below reacting, the vox populi "man in the street" questions about what they think about the music they're hearing, the bobbies entering the lobby of the Apple building, and the heroic efforts of the receptionist to keep them in the lobby so that the band could keep playing and recording for as long as possible.

My only complaint about Part III is that it lacked the full versions of the acoustic guitar and piano driven songs the band recorded the day after the concert. But Peter Jackson has said he wanted to keep Let It Be as a separate film in its own right, so hopefully a restored version of the 1970 movie will be included with the Get Back Blu-Ray set -- possibly right around this time next year, if not sooner.

The other benefit of Blu-Ray is that chapter stops to fast-forward to the good bits will be much appreciated!

But otherwise, it's a fascinating, multifaceted miniseries about the creative process, a superstar band that knows the end is approaching but doesn't want to call it quits just yet, and one that wants to recapture what they viewed as the "good old days," when they were young and raw and playing clubs in Hamburg -- which was only six whirlwind years before these sessions were filmed! 😲
Last edited: Dec 2, 2021

It's on Disney+. Easy to fast forward, pause, back, whatever! Love it. No surprises for me on the dynamics. Just clearer confirmation.

Not as much as today

When you think about the yanks and the brits were swapping and giving, selling LPs to each other a lot at the time and now they're mega bucks...........who woulda thought

I think it depends how much you are into The Beatles.

I'm a Beatles nut, half way through, and loving it.

Hammerhead said:
I think it depends how much you are into The Beatles.

I'm a Beatles nut, half way through, and loving it.
Click to expand...

With respect for the Beatles legacy, I tried watching it, made it almost to the 12 minute mark before I clicked away. Around the point some guys asked to turn the guitar amp down.

Just like every one else, I winced when I saw Lucy hit the ground.

Had same feeling of shock and fear as it slid and looks as if it might do a header.

Bought this thinking about Lucy: 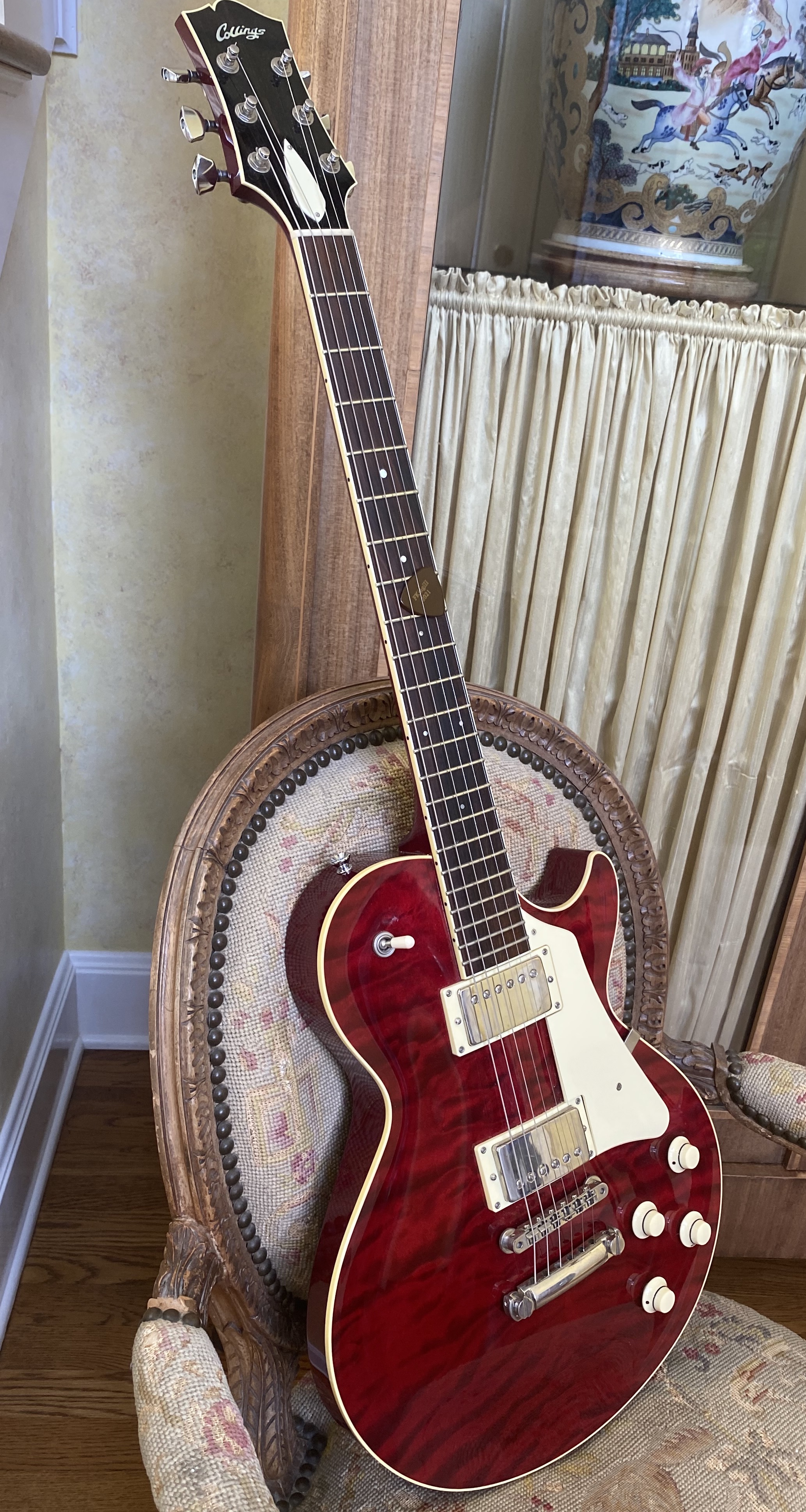 Believe they do a reissue or did now. EC did a demo with one a few years back.

I have a 73 red LP Deluxe....that looks somewhat like Lucy...but with mini humbuckers and it has never hit the floor...so lucky cause back in the70s we were not very careful with out guitars....at around $500 it was not that expensive....