El Gringo said:
Well I also heard that with the CITES Treaty back in the late 60's that Martin was having a shortage of Brazilian Rosewood and thus as a way to save wood the powers to be at Martin came up with the 3 piece back and hence forth the D-35 was born and Christened . The Man in Black himself Johnny Cash used an all black D-35 with a 3 piece back also .
Click to expand...

that's correct.. Dick boak from Martin told me that himself. They built me a couple of guitars. I played a bunch of the guitars in the museum. Good times

That is amazing to have the ear of none other than Dick Boak -pretty awesome !!!!!!!!!!

I really like and prefer the red/brown boards that have more of a reddish hue under different lights. This angle isn't the greatest example. 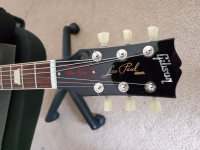 Somewhere in there is a story of Johnny Cash asking Martin to make him an all black guitar and Martin telling him, "no. We do not make all black guitars". Then an employee at Martin did it anyway.
C

I think that fingerboard is just dry, without a drop of oil / greasiness. Just by passing a small amount of lemon oil type dunlop 65 it will take the color to which "we are used to" and it will be slightly more slippery to the touch

I have to say the OP is nowhere to be seen , Although people who know a lot more than me have posted with no OP response tryin to be helpful?

Disclaimer : Although the highly controversial BUTTMAN award reserved for the advanced Collectors OP gets the prestigious Buttman Here Here ! 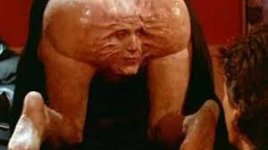 I can see that this is not the lighter blonde tan color and is the darker type, as spec'd but apparently not quite none more dark enough to be high quality to satisfy fashion. So pass it up, walk on by and wait for one dark enough to suit your fashion sense.
R

Big Al said:
I certainly agree with that!

Nothing wrong with a personal preference. But that doesn't change fact. Color has only very recently become an issue and it was stoked by internet fashonistas, BBB, (Barbie Burst Brigade), types and repeated to death. I own vintage guitars with Braz boards, bodies and faceplates, I've refretted enough to know what it looked like when new and I've seen the variation in color.

Just find what you like but remember that a personal preference does not equal quality and unless you have a deep personal knowledge of these things you ought naught spout off with declarations about fact or quality. Sheeple have big ears.

Light color does not mean dry and other than the surface top, you can't dry out that oily wood. People way over oil rosewood. Be cautious and oil light and wipe dry. I prefer to use a wax/oil blend and buff it super smooth. Dye is best way to darken it. The 70's Japanese guitars used dyed rosewood calling it Ebonal. But mostly maybe just appreciate this wonderful wood as is for what it is. It is getting hard to find.
Click to expand...

Big Al, Can you share with us specifically which wax/oil blend you use and your process? Thanks!
B

My thoughts are that aesthetics are very much part of the experience for many players. There are guys who are 100% pure tone and do not care, at all, how their guitars look--but most people have a degree of aesthetics that are important to them and for some that is the look of the fretboard. I understand that as I have my own "issues". (Just not that one.) But I do (to me in my head) believe that the look of the fretboard is meaningless to tone. I do not believe (I know that some do believe this) that a Brazilian fretboard offers any tonal improvement (except for aesthetics if you like it) over an Indian fretboard. I think that if you want a darker fretboard, buy one or stain yours (it is really not hard). If you don't care the color or if it has streaks, there are some fairly unique guitars that I think look great--but that it changes ZERO about your tone if your rosewood (or Ebony) is lighter. Taylor is now using streaked Ebony in their guitars and I think they look fantastic (although I am not a Taylor guy--my acoustics are Martins and Gibsons).

Again--I know there are people that swear a Brazilian fretboard changes tone--I am just not one of those people.

Also, I studied Brazilian Portuguese in college (long story), so there is that as well. That last part is meaningless but I thought I would throw it out as a fun fact.
S