This is bat country!

My uncle has a huge Malamute named Lazlo.
He is terrified of bats and flying lizards.
The dog- not my Uncle.
A

if this type of thing interests you see Oct.25th, 2020 Toronto Star .. there is a huge article today concerning Psilocybin therapy on terminal cancer patients .. basically the story is that Health Canada has granted 11

for patients to use the drug this year and the Government is expected to make a decision on allowing therapeutic use soon ... does nothing for the cancer but I guess the idea is that you go out with a smile on your face
M

I want to kindly advise anyone against the use of LSD in any dosage.
J

I tried LSD once and it was a nightmare for me. Before that I had a very difficult week and I was exhausted and nervous and so I decided to try it. Maybe that's why I had a bad experience with LSD.
S

I've found that I can understand the basis behind my depression after a nice trip, or I can look at why I'm depressed from a different point of view. I have made my world extremely different for the better by understanding these two aspects. I know, however that there are individuals who can't deal with tripping, and it just puts them in an even worse place.

I would recommend reading the book by Tom Schroder, "Acid Test" When used therapeutically, it talks about the making of acid and mdma and their effects. It is a fantastic book and is very relevant to this subject.
Last edited by a moderator: Mar 24, 2021

Superman888 said:
I've found that I can understand the basis behind my depression after a nice trip, or I can look at why I'm depressed from a different point of view. I have made my world extremely different for the better by understanding these two aspects. I know, however that there are individuals who can't deal with tripping, and it just puts them in an even worse place.

I would recommend reading the book by Tom Schroder, "Acid Test" When used therapeutically, it talks about the making of acid and mdma and their effects. It is a fantastic book and is very relevant to this subject.
Click to expand...

or there's one by Emmet Fox called Sermon on the Mount- take half the time it takes to go thru an acid experience and read it. Maybe you won't feel like taking acid anymore.

Mr. Pryor will you give my girl a kiss? But not on the mouth!

OK…while stooping down about two feet!

This thread has taken on a trip-like effect in itself. :2cool

People offered me LSD several times before and after gigs. Never took it. Sometimes I think about it and wonder if I should have, just for the experience. But I think I'm better off without drugs. 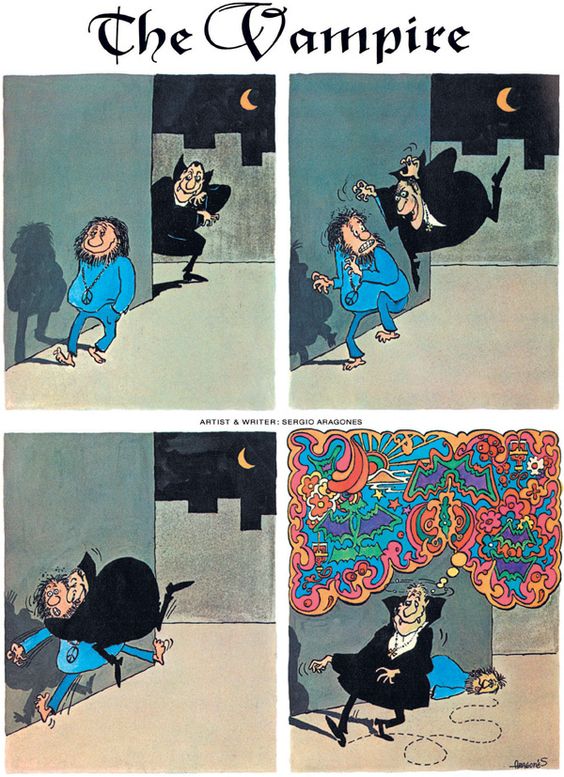 a 'normal' dose i,m pretty sure kills a lot of brain cells. my buddy did a bit to much in the seventies, he is spun out. maybe a micro dose is different, now doctors are talking about small doses of mushrooms. i had a few great viet nam vet friends (r.i.p. all of them) they had varying degrees of mental turmoil and smokin a doobie was a big help. 2 of them got off their pills because of pot

The reason I stay away from most substances, now, is the simple stated fact that I don't do micro of anything.

ourmaninthenorth said:
The reason I stay away from most substances, now, is the simple stated fact that I don't do micro of anything.
Click to expand...

Same here Paul > the ol’ adage ‘Go BIG or go Home’, well... we have found ‘Home’ can be just as much fun and certainly more ‘Safer’

I have always treated all kinds of drugs with great mistrust. These are too dangerous substances, and so many people have destroyed their lives and the lives of their loved ones because they have lost control over their own bodies and minds. I would strongly advise any of you to stay away from LSD because this stuff leads you directly to an abyss.
OFC, I don’t deny that some kinds of drugs can be used for medical purposes to reduce pains or spasms. But they should be prescribed by a doctor and taken with great carefulness and attention. The “go big or go home” approach should never be applied here because the thing you are dealing with is not a joke.
Last edited: Apr 29, 2022

Syd Barrett ruined his brain by taking too much LSD, as did Peter Green and Lemmy.

At least LSD is legal in some states.

Never mix LSD with other street drugs or alcohol--not even pot--it ruins it. It is dangerous to many and wastes your time, making you susceptible to various neurotransmitter problems. Certain pharmaceuticals + LSD --absolutely not!

If you have mental issues, don't use it. Cure yourself first.

In fact, clean out your system entirely, water fasting for weeks at a time, for months or more. otherwise you could have problems or only reinforce negative karmic imprints. Study. No coffee, or other things. Although LSD, taken in a small group, can be idiotic "fun," that is stupid. That causes hang ups in some people.

Never use more than once a month. Tolerance, does not mean you can take more of it. Micro-dosing too involves tolerance and is absurd to begin with.
It takes a large dose of at least 250 mcg to let the ego die. Don't fight ego-death. Flow with it. Expiation and mortification first. Like preparing for real death itself.

You have to approach LSD, this with deep reference, otherwise forget it. Instead, meditate for many years till you can actually stop your mind/thoughts and observe them clearly without falling from the middle path and getting stuck in the bottomless pit. Prayer helps. Be the master of your flighty mind.

If you would meet the devil and join that side, or take another extreme--get thee to a nunnery. Find the middle path.

My use was only in the 60's. Many times, and large doses while fasting, but spread out over three years. No need to ever use again. But fasting and meditation is the same thing now. Strong faith is central.

I became a Psychologist and worked in psych wards many years. I've seen it all. There are people who should never use psychedelics--or even pot or alcohol. They have karma they have to change as does everyone in different ways. I actually saw people say, "Help, I'm a Rock" and get stuck--(who never heard that Zappa song.)

rockabilly69 said:
Most people that know me would probably think I'm a pretty controlled person, that said, I've taken LSD exactly 3 times, and in all times it was in musical situations where I LOVED it. I can tell you without a doubt, it opened me up musically. I would hear the entire solos before I would play them, and many of them were in different style phrases that I would normally play. And, I executed them perfectly. The doses I took were normal I guess for the times. Funny thing I would have NEVER tried it out of fear, but the first time I did it, someone spiked a drink of mine. And the next two times I did it, the same exact things happened to me musically, so yeah, I'm a fan. The downside, it seemed like it would take a day to recover from the effects!

These days I'm not really a big drinker, and once in a while I'll smoke some pot. I generally like to go into music situations pretty level headed. I've always said though, if I got signed to a major label deal, and got a chance to record in MAJOR Studio, I would work on all my songs to the best of my ability straight, but before I called it a wrap, I would try some trip induced solos, as long as someone I trusted was there to look over me.
Click to expand...

Is this your impression of the event, or did you hear recordings?
B

Doc Sausage said:
I’m holding out for Peter Green’s contribution to this thread before I decide. :spabout
Click to expand...

I saw Green with FM in 1970 at the Warehouse in New Orleans. They were opening for the Dead. All of them were tripping. Green was amazing. Myself on acid, not so good. I haven’t tripped since the 70’s. I live in Oregon where pot is legal, so I’m good.
You must log in or register to reply here.
Share:
Facebook Twitter Reddit Pinterest Tumblr WhatsApp Email Share Link
Top